Click an image to enlarge and view full gallery

The U.S. Department of Labor’s Office of Disability Employment Policy selected Diversity to manage its flagship Campaign for Disability Employment, a comprehensive initiative that aims to change perceptions about people with disabilities to advance employment opportunities. As project manager, Diversity directed the launch and national distribution for two of the Campaign’s public service announcements (PSAs). Both achieved rankings in the top 2% of all PSAs tracked by Nielsen, with more than half of airings scheduled during prime daytime hours.

Diversity established the Campaign as a destination on social media for news, information, and inspiration through engaging content and collaborations with Special Olympics, SHRM, and other partners. We also transformed the English and Spanish websites to align with other DOL initiatives, created and promoted supporting collateral materials, and recruited national organizations including United Cerebral Palsy and Easter Seals to connect the Campaign with new constituencies.

Diversity exceeded all growth targets, delivering over 100,000 television and online airings for the Campaign’s “Who I Am” PSA.  Contract milestones were also completed ahead of schedule, earning Diversity the federal government’s highest performance ratings. 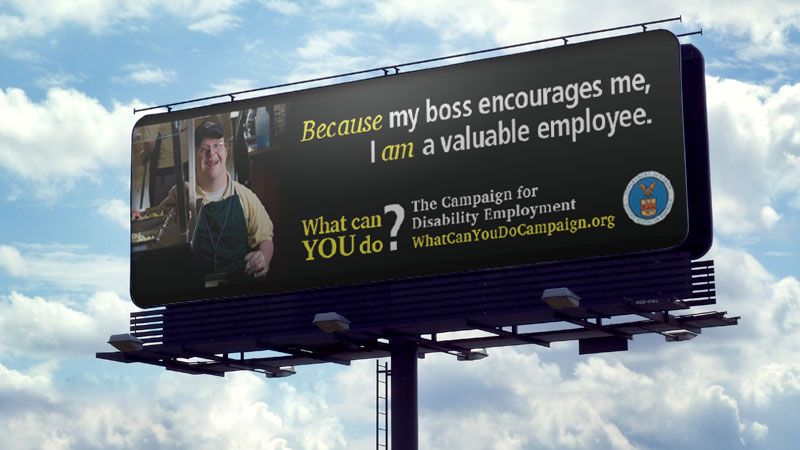